If you find a 2016 Chevy Silverado in Miami, then you’ve lucked out. You are about to enjoy driving around in the toughest and longest lasting pickup truck on the road. While that might sound like a cheesy sales pitch, it’s also a credible one. When you compare the Silverado to some of the other popular trucks on the market — like a 2016 Toyota Tundra — it becomes clear just how superior of a truck the Silverado truly is.

It has a practical and durable design, with three great engine options, and the capability provided by those engines to be a more-than-effective truck at the job site. 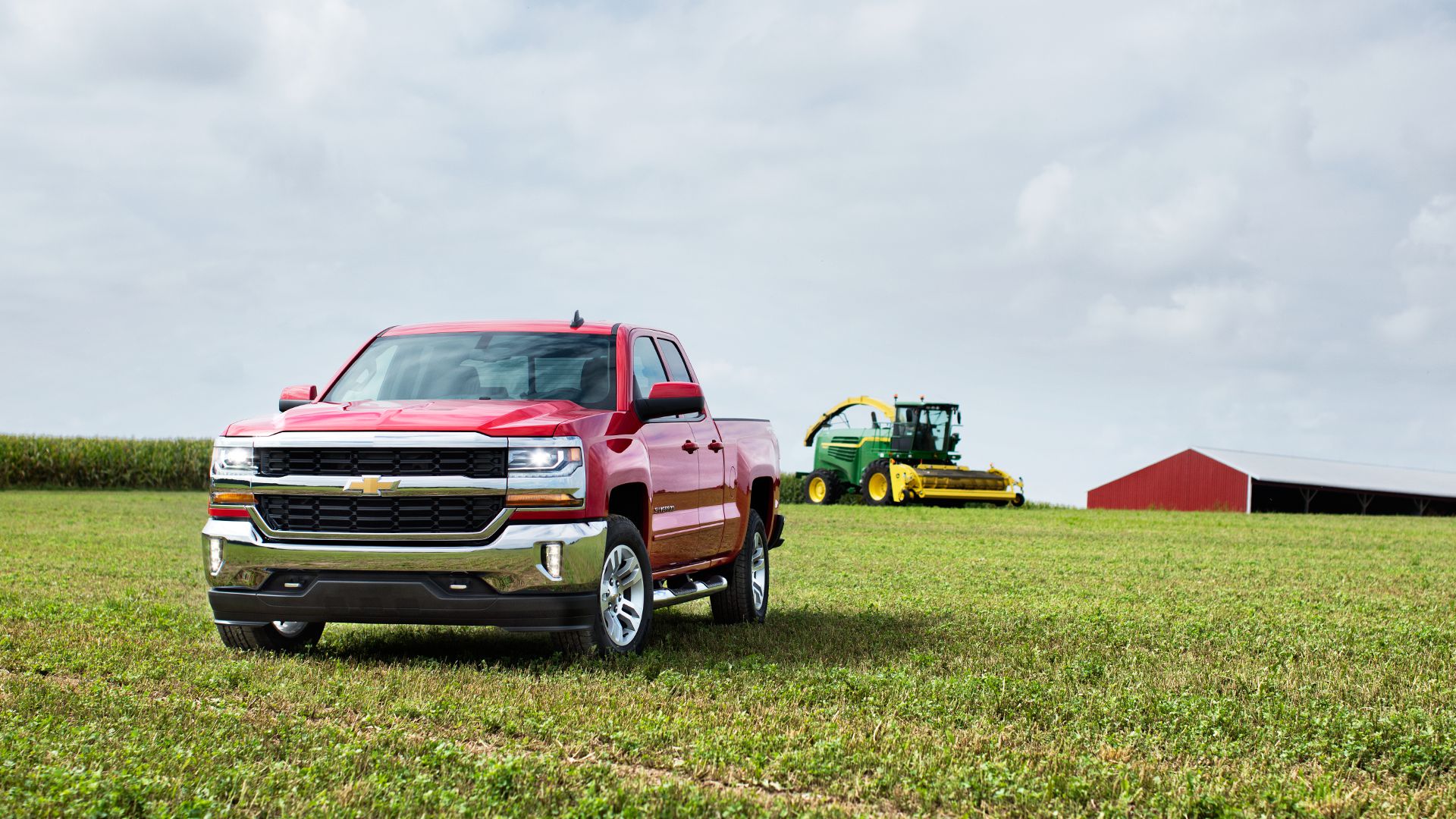 Secondly, since high-strength steel frames have been around forever, automakers and mechanics know it like the back of their hands. They know how much abuse they can take, and they know how to work on it. If you take an aluminum body truck to a corner garage (or attempt to work on it yourself), you need to have the proper tools to work on it, along with extensive training in aluminum frames. If not, then you won’t be able to effectively fix it. Plus, it costs more to repair when compared to a steel frame.

Therefore, the practicality of the Silverado’s design rests on a frame that’s been proven to handle tough conditions time and time again, and one that is familiar and easy to work on. 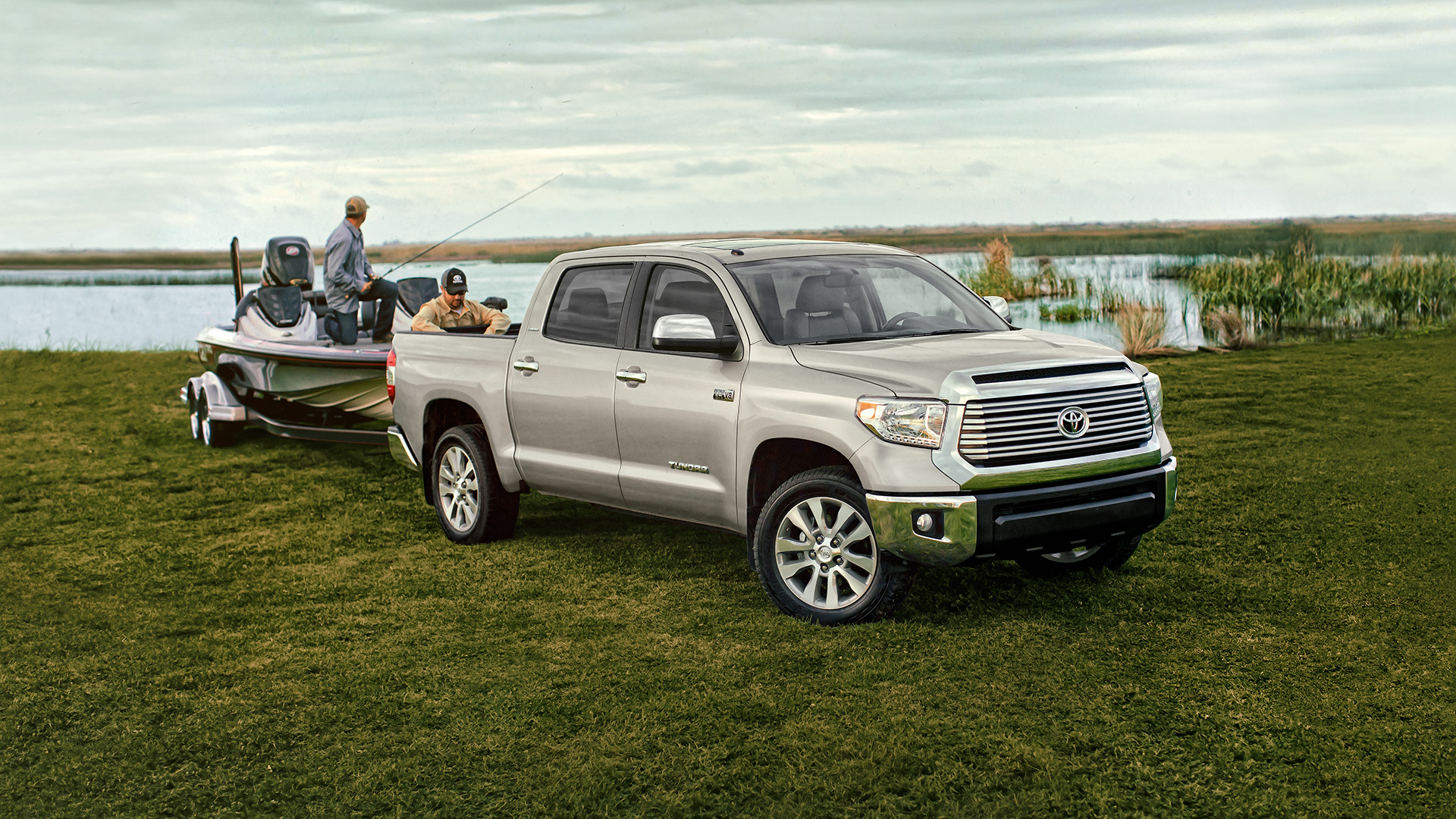 The frame in the 2016 Toyota Tundra is called a TripleTech frame. In a nutshell, this frame is simultaneously designed to be strengthened where it’s needed the most (like in the front) and lighter/more open where it isn’t. That way, it helps promote better fuel economy, as well as ride performance. Underneath the cab, there is a rolled-lip C-channel, as opposed to a fully boxed frame like on a Silverado. The C-channel is reinforced with heavy gauge steel to help provide impact protection, but it’s not one solid piece like the fully-boxed frame is.

While that’s a nice concept from a creative engineering standpoint, the fact of the matter is a C-channel frame will never be as strong as a fully-boxed frame, regardless of how well it’s built. This is simply because of the comparable size and thickness, and the fact that a fully-boxed frame provides more reinforcement thanks to the increased material that’s resting underneath the vehicle.

The argument might go back and forth between a C-channel frame vs. a fully-boxed frame, but there are a few hard facts to consider. This design is only used on heavy duty vehicles, like big rigs or one-ton pickups, and it’s a rare occurrence for a smaller truck to have one of these frames, which means, just like aluminum frames, the C-channel frame might be unfamiliar to a mechanic. They are much more expensive to fix than a fully-boxed frame and require a special skill set in order to do so. You’ll likely end up having a hard time finding a place that can repair it, and then pay a pretty penny to get it fixed.

There are pros and cons to both arguments, but I’m going to have to give this one to Chevy. Their fully-boxed high-strength steel frame has been around for generations of trucks, and it’s proven itself. This tried and true reliability is nice to have on the work-site, where your truck will be put to the test on a regular basis. 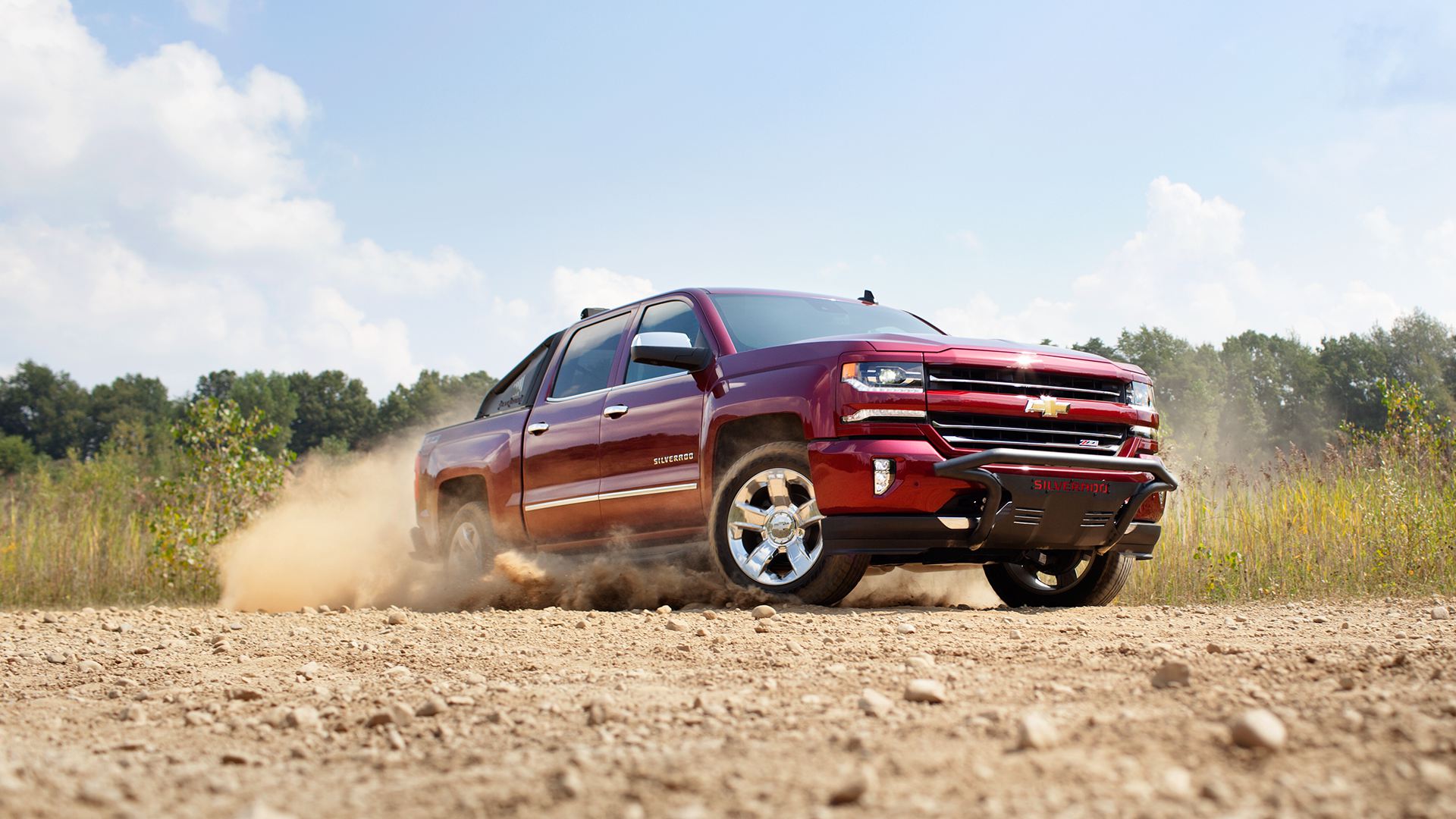 This is why Chevy has kept their small-block engines in the Silverado. They have legendary performance and have been upgraded over the years to meet the modern consumer’s demand. Let’s take a look at some specs…

The 4.3-liter EcoTec V6 engine is Chevy’s base engine, generating 285 horsepower coupled to a best-in-class 305 lb-ft torque. The combination of torque and horsepower gives the Silverado equipped with this engine a towing capacity of 7,600 pounds, while still returning 18 mpg city and 24 mpg highway.

Chevy’s 5.3-liter EcoTec V8 engine nets 355 horsepower and 383 lb-ft torque, and is the middle man of the lineup. Because of this, it’s expected to get a good blend of performance and fuel-efficiency, which it does. The 5.3-liter receives a best-in-class rating of 16 mpg city and 23 mpg highway, and a towing capacity of 11,100 pounds. This combination of power and fuel economy is rather impressive for a 5.3-liter V8 engine put on a full-size pickup truck, and is a tough one to beat on the market — for any automaker who produces trucks.

Finally, the Silverado’s final engine option is the 6.2-liter EcoTec3 V8 engine. This is the big-boy of the trio, producing a massive 420 horsepower and 460 lb-ft torque. This engine receives a best-in-class towing capacity of 12,000 pounds, with 15 mpg city and 21 mpg highway.

Whichever EcoTec3 technology Chevy uses for their small block engines is obviously working, and each engine is able to receive a best-in-class rating for either torque, fuel economy, or towing capacity. How can the Tundra stand up to that? 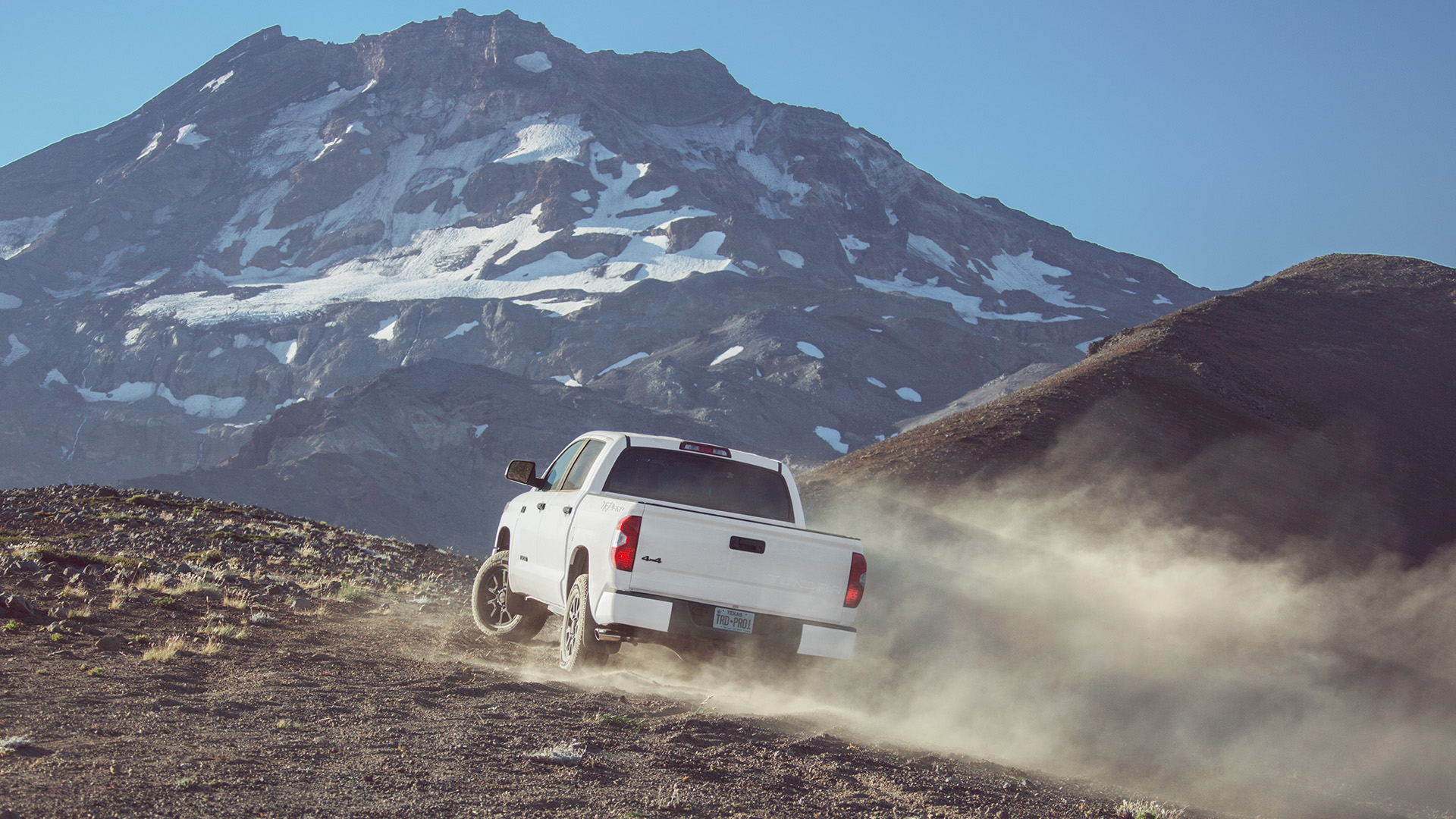 The Silverado’s V8 engines are able to beat the Tundra’s in every category you can think of, while still having a V6 engine option available if more fuel-efficiency is desired.

While the 2016 Tundra engines aren’t bad, they just aren’t nearly as good as the 2016 Chevy Silverado’s. Same goes for the frame. Obviously, the fuel savings the Tundra experienced from having a lighter and more “strategically engineered” frame didn’t pan out to well, as the bulky and inefficient V8 engines offset any savings that might have been appreciated. Plus, it can’t tow nearly as much as the Silverado, and can’t even come close to the Silverado’s off-road capability. But, that’s a more elaborate comparison for a different time.

Too sway things even more towards the Silverado’s favor, the starting MSRP of the Silverado is $27,095, whereas the Tundra MSRP starts at $29,950. Not only will you save money at the pump, feel confident in the durability of the Silverado’s frame, and have better all around performance, you can do it all for almost $300 less — with no catch.

Cars with the Most Expensive Oil Changes and Maintenance 41.5k views

The Ups and Downs of Lifted Trucks 37.1k views

The Ins and Outs of Temporary Plates 34.7k views