In a truck tug-of-war between full-size pickups like the 2016 Ram 1500 for sale now and the available 2016 Toyota Tundra, there are two things that matter most. The reliability of a design is key, because the longer a truck can last, the more towing it can do. Secondly, performance is also important, since horsepower, torque, and fuel economy contribute to the towing capacity of the vehicle.

In the end, it all comes together in an attempt to create a truck that is reliable, powerful, efficient, and effective at towing. The question remains: which brand will win this truck bout? 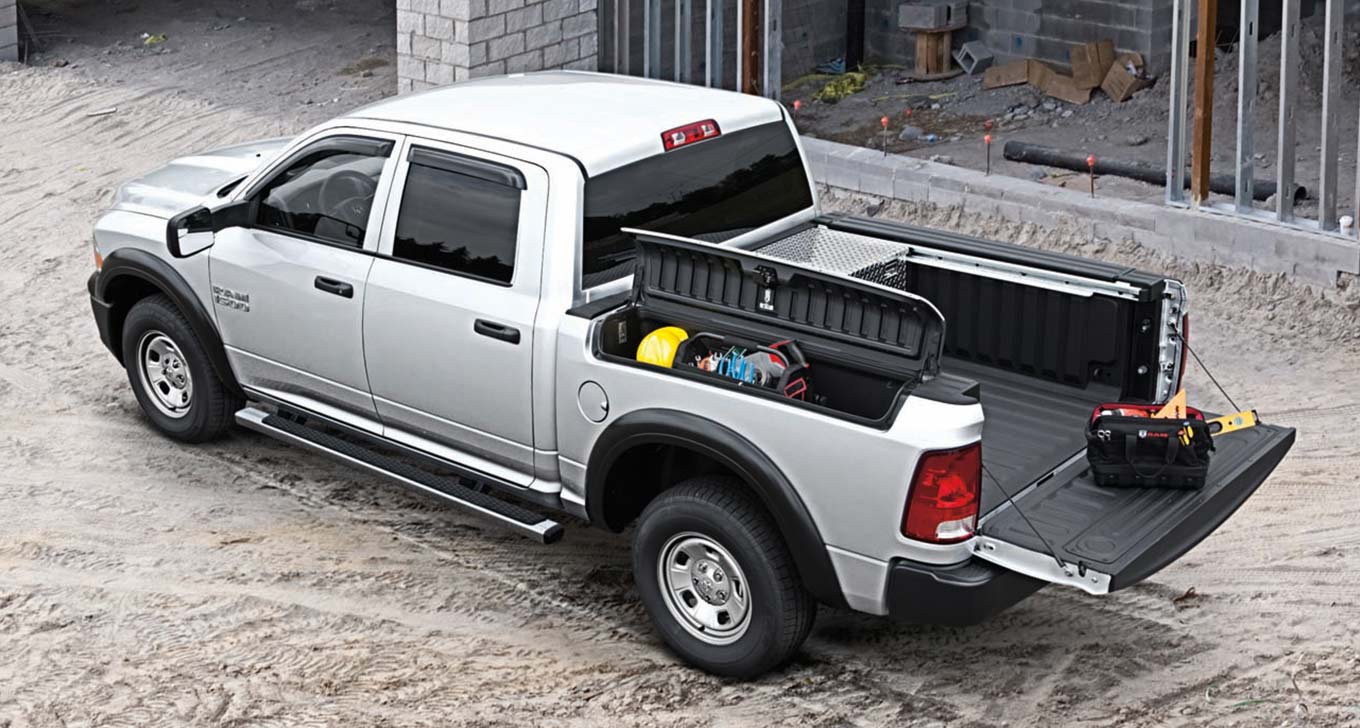 In order for a truck to perform properly, it needs a durable and strong platform. If the overall design can’t handle the stress of a harsh working environment, things will break. Therefore, let’s take a look at the different type of warranties offered by these trucks since doing so is a good way to determine how much the company truly trusts their vehicle’s reliability. 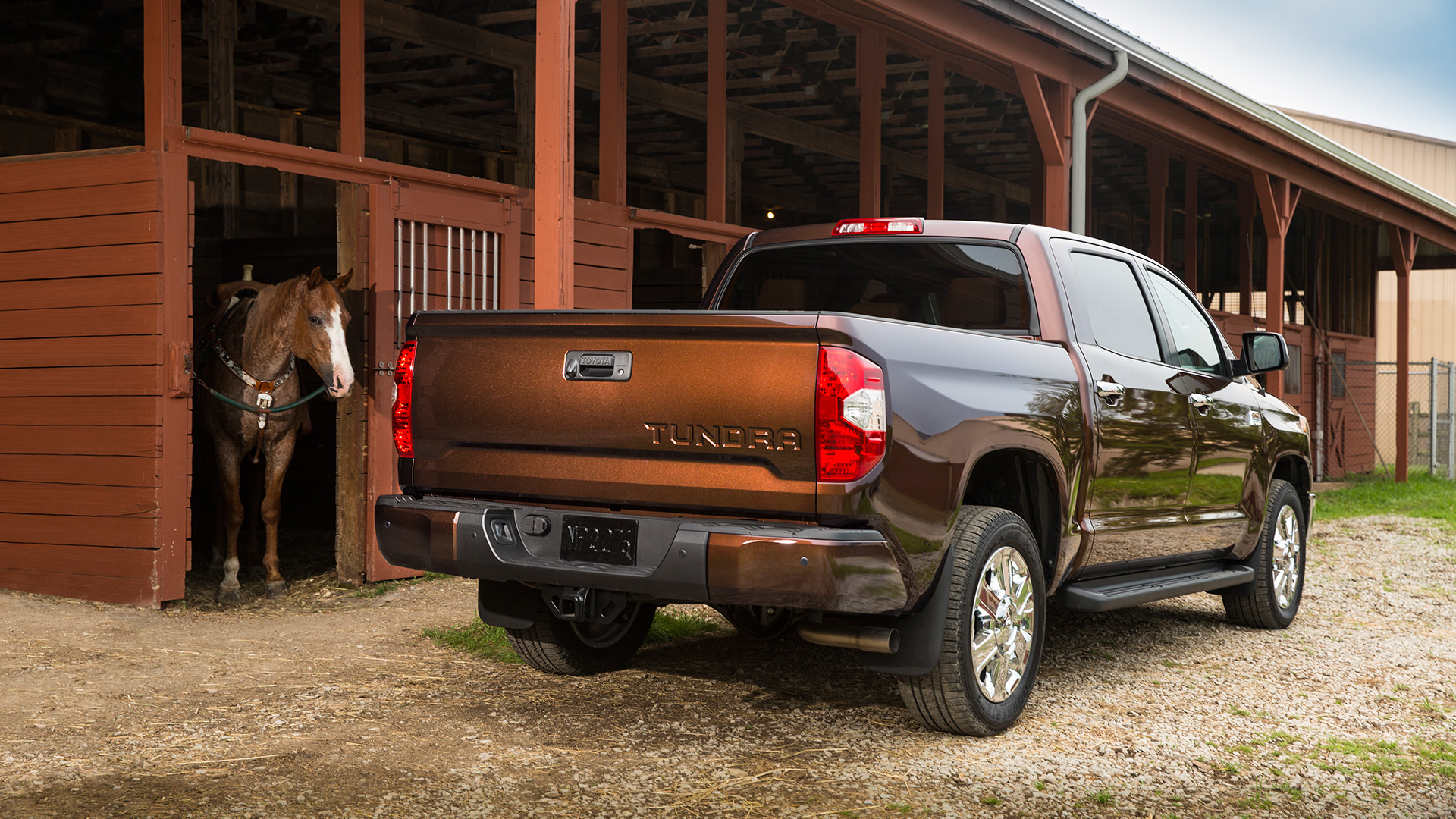 For warranties, both trucks have your typical three-year bumper-to-bumper coverage, and both offer a five-year/60,000 mile gas powertrain limited warranty. However, the Ram 1500 can also be equipped with a diesel engine, which means Ram made sure to give the 1500 an unsurpassed diesel powertrain limited warranty because they obviously stand behind their diesel engine. This put the Ram 1500 ahead of the Tundra in the warranty department, seeing as it can’t live up to a five-year/100,000 mile warranty.

But, the reliability experts at J.D. Power did give both trucks an above-average score for durability. Whatever material the Tundra’s frame is made out of obviously works just fine. Therefore, since they are so close in J.D. Power durability scores and warranties, it’s safe to say this round ends in a tie.

As far as engine options go, the 2016 Ram 1500 offers three engines and the Tundra offers two immediately putting it at a disadvantage. 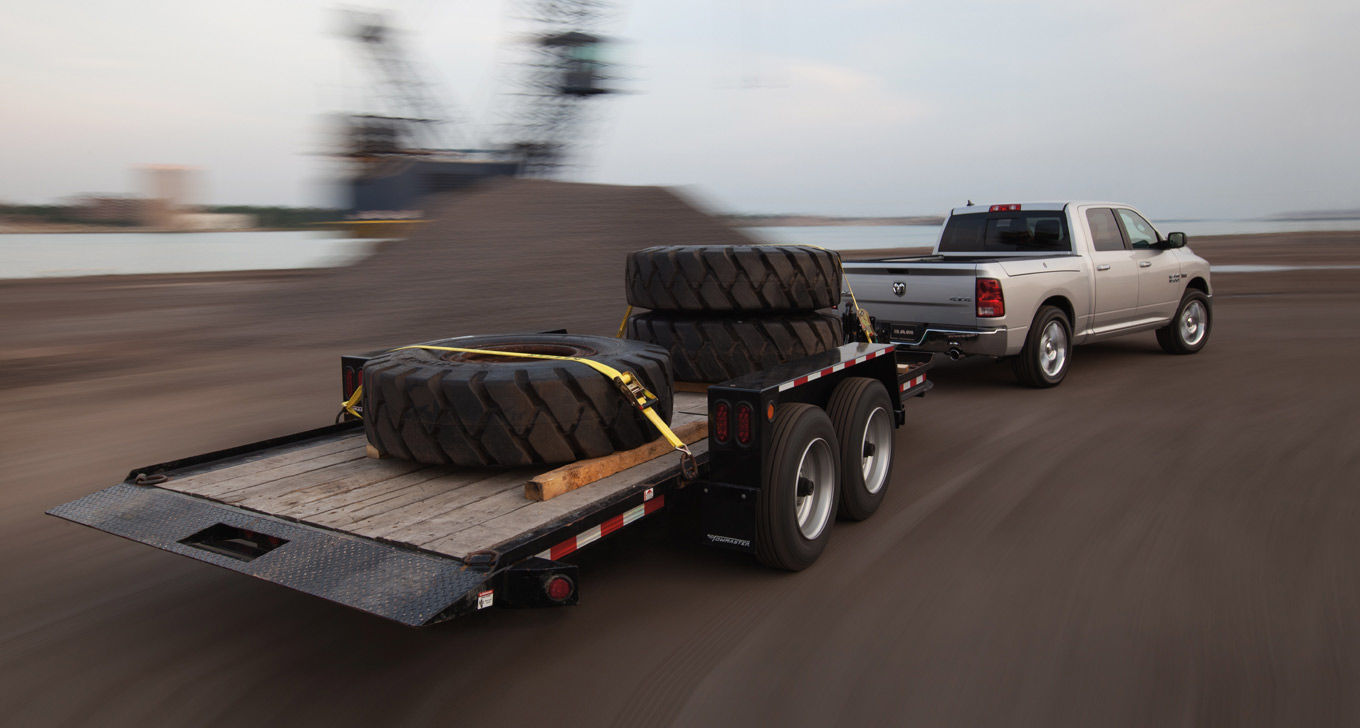 When comparing the engines between these two models, a few things are certain. One, the Ram 1500 is going to definitely trump the Tundra when it comes to fuel-efficiency. Two, the Ram 1500 is also a more versatile choice and offers a V6 for those that might not want or need to pay for a V8. Finally, the Ram 1500’s V8 clearly dominates both of the Tundra’s in terms of horsepower and torque — which means even if a consumer does want a V8, the Ram 1500 is still the way to go. 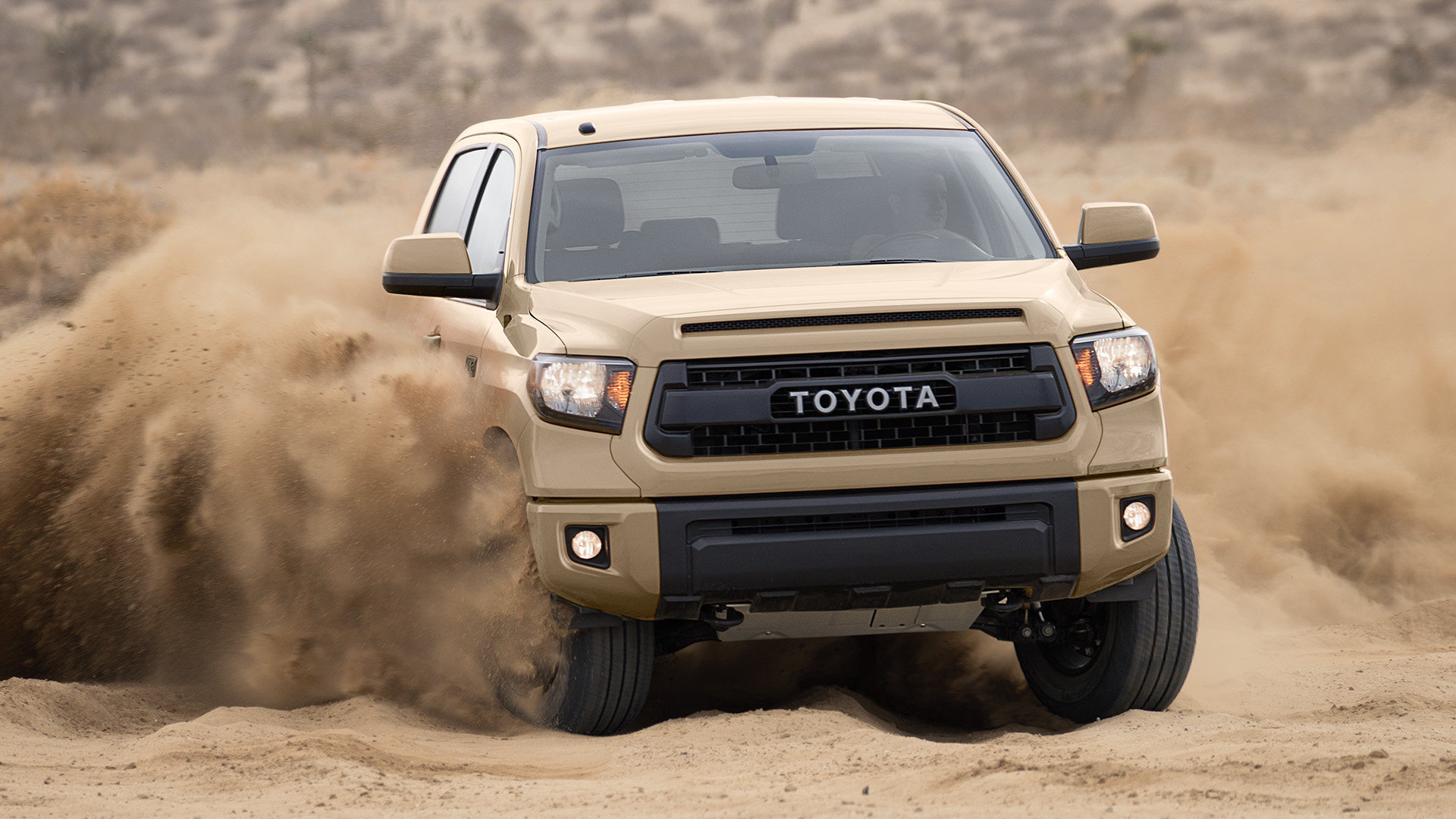 Before we jump into comparing the fuel economy, it’s important to note the Ram 1500 flat out won the fuel-efficiency war. Since it’s the only full-size pickup truck on the market to offer a diesel engine, no other truck in its class is able to live up to that type of fuel economy. With an absolutely amazing 21 mpg city and 29 mpg highway on the Ram 1500 HFE, this truck can officially be crowned the fuel-efficiency king. 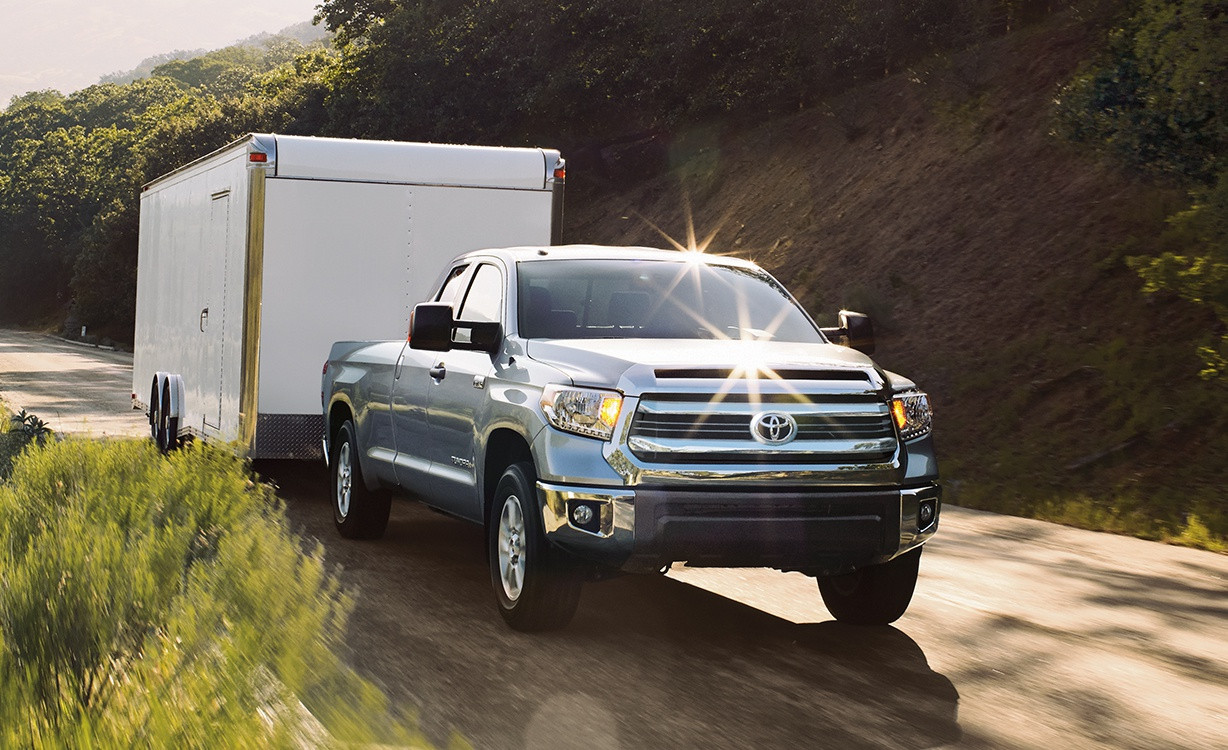 Rubbing salt in the wound, that 9,210 towing capacity also comes with a tremendous amount of torque, and the best fuel economy rating of any full-size pickup truck. In the end, the 2016 Ram 1500 isn’t something the Tundra could even dream of beating. 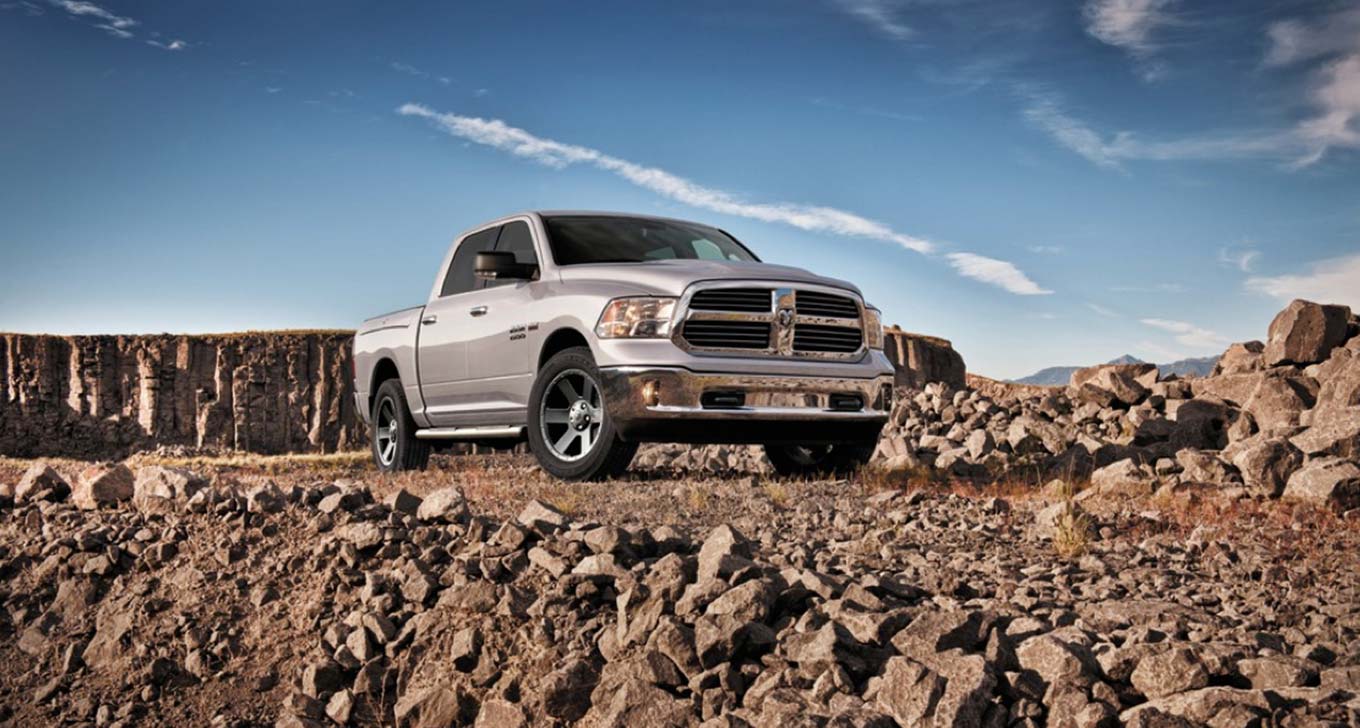 While these trucks are similar in shape, size, and intention, the 2016 Ram 1500 just does it better. But the real kicker? It does it better for a much lower price. The starting MSRP for the Ram 1500 base trim is $26,145 and the MSRP for the Tundra base trim lists at $29,950. That’s not counting the money you are going to lose from getting stuck with two V8 engine options.

When you take a look at these two trucks, it’s clear who the real winner is when it comes to the rugged capability that’s needed on the job site: the 2016 Ram 1500.