Every year it seems there is an upgraded truck model being released by one or all of the big companies. Why? Because, the truck wars are still alive and well. The manufacturers need to provide upgraded and enhanced trucks to please not only their consumers, but also match what the other manufacturers have decided to put on the market. If they don’t keep up with upgrading a truck to match the competition, chances are they will fall behind.

With that being said, how do the 2016 Ram 1500 and the Chevy Silverado 1500, two of the most iconic trucks on the market, do when pitted against each other? Trucks are still competing in the rugged design and capability categories like the old days, and there have only been improvements to both areas over the years.

But Based on these two categories, there can only be one winner; so it looks like we have ourselves a truck showdown.

In terms of appearance, there is really no way to judge which vehicle is better. Overall functionality of a design is something that can be rated, but appearance? That’s left up to preference.

The new wave of trucks hitting the market incorporates some interesting new materials. Some trucks, like the F-150, are made out of a high-strength aluminum alloy that shed weight while providing the same amount of rigid structure. But, it doesn’t have that reassuring weight of steel riding underneath you, which is what both Ram and Chevy put into these truck models.

The Silverado is made of a high-strength steel frame, and so is the Ram. Both manufacturers understand the importance of a steel frame, but it looks like Ram took it one step further. Their 1500 has side-impact door beams. The door beams are steel, and meant to keep the driver safe and absorb impact from a force at any angle.

Even if these trucks are evenly matched in terms of structural integrity, Ram takes the cake because of that door beam. The fact neither of them is made from an aluminum alloy is a refreshing and comforting notion, though. Personally, I don’t trust having a truck with a structure made of aluminum; no matter how strong and safe people say it is.

Something that trucks have always attempted to increase is space, whether it’s the truck bed or inside the cab, consumers always want more space for passengers and cargo. Because more space means more utility.

Which means in terms of cabin space and comfort, it looks like the Ram has a one up on Chevy. Ram 2, Chevy 0.

One of the most important and valuable parts about a truck is the bed; after all, that’s what makes a truck a truck. The bed length of the Ram 1500 with the crew cab is just under 6.5 feet, the Silverado’s is slightly over 6.5 feet. Again, a negligible difference. But, one thing Chevy doesn’t offer that Ram has is a way to enhance storage, and the length of the truck bed.

The Ram 1500 is able to be equipped with the Rambox Cargo Management system. This system provides even more storage space on top of the sides of the truck bed. When installed, it provides a dry/drainable and secure storage space that increases how much the Ram can tote around. It also comes with a bed extender/divider, which works when the tailgate is put down. This system is able to take the added foot of the tailgate and utilize it thanks to a guard that sets up on the tailgate, which means it can now securely hold even longer items than the Silverado. 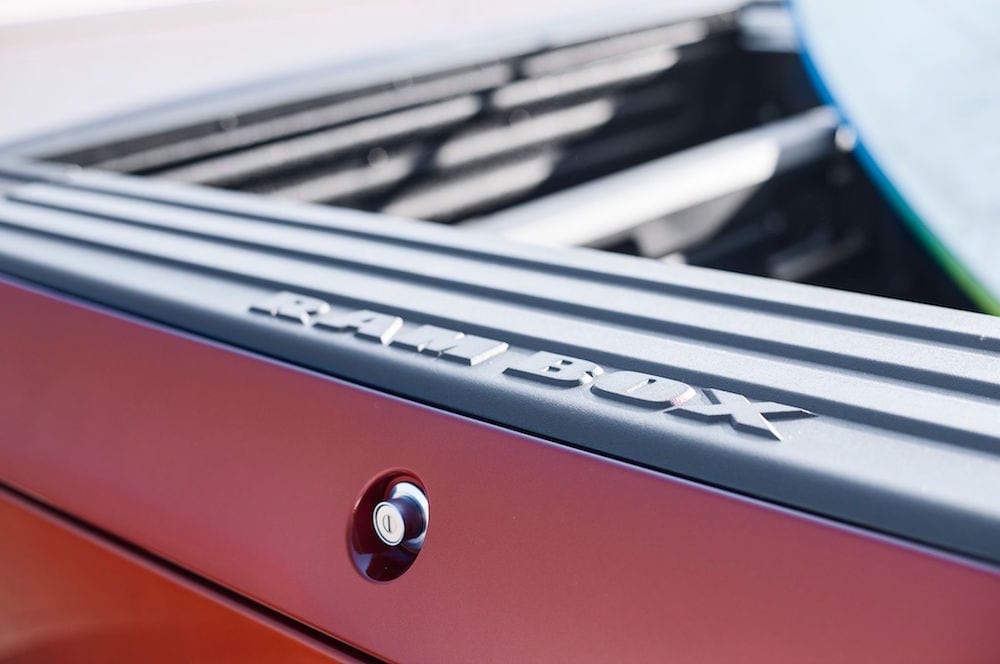 This extra cargo space in the truck bed is clearly a huge plus for Ram in the market, and makes a truck that can already store as much cargo as the competition store even more.

When it comes to gas, every little bit helps, and overtime that 2 mpg makes a big difference. Things get even better for the Ram though, because even though it gets less torque than the Silverado, it can still outperform it in towing.

Ram’s standard Pentastar is sitting at 7,610 pounds and beats out the Silverado’s engine by 10. The 5.3-liter offered optional in the Chevy is sitting at 11,100 pounds for towing capacity, but it doesn’t come standard. So, that means the Chevy WT gets better towing than the Tradesman, but for a much higher price.

Because of the better towing capacity and fuel economy on the base trim (with those options included) the Ram is able to beat Chevy yet again.

The Results Are In… 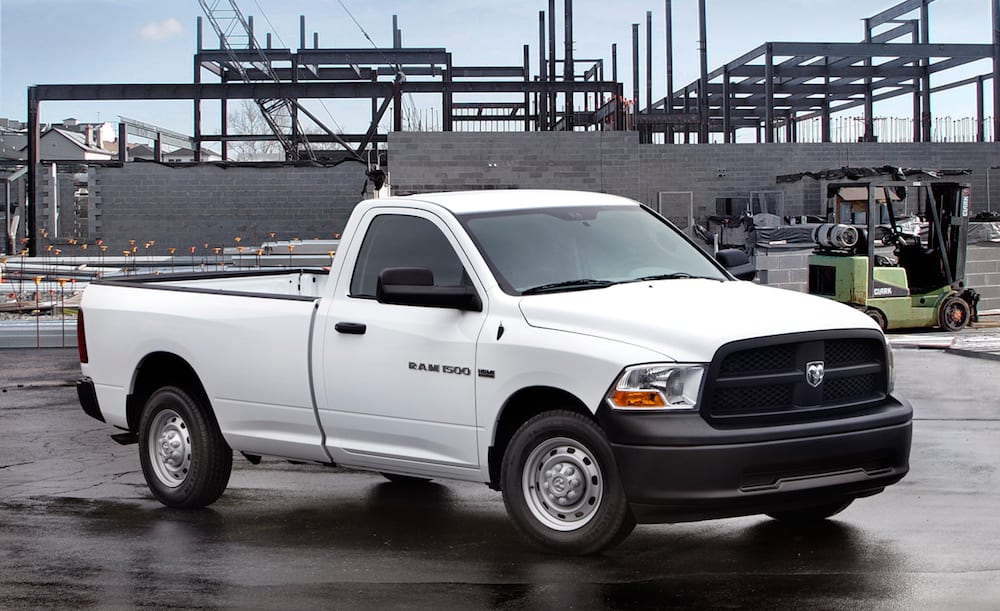 The results are in, and even though the Silverado can outperform the Ram in towing if equipped with the optional V8, the Ram still beats it in every other area. Not too mention, the 2016 Ram 1500 is also beating the Chevy in price. The base Chevy Silverado 1500 starts at a base MSRP of $28,090 with just a regular cab. Whereas the standard Tradesman sits at $26,145, which comes in at almost $2,000 less than the Chevy and performs better in each category mentioned above.

Tacking on the price of the 5.3-liter EcoTec V8 for the Chevy to outperform the Ram 1500 Tradesman costs an extra $1,195, bumping the total up to $29,285. This fact seals the deal for the 2016 Ram 1500, and it’s the winner of this truck showdown with a score of 4-0. A complete shut-out that’s sure too weigh heavily on the Silverado throughout the year.