Everybody wants a high-performance car – whether it’s to feel the power of a great engine under your feet or to cruise around corners with total confidence, there’s no bad reason to want to zip around in a sporty, stylish coupe or sedan. But for some, the benefit of a performance vehicle simply can’t outweigh the damage it might do to your wallet – especially if you go for the top of the line.

Luckily, you have a great chance of finding a high-quality, high-powered used vehicle at your local buy here, pay here dealer in Cincinnati. Muscle cars and sporty coupes have had their day for the better part of half a decade by now, and for those looking to scoop up a sweet deal on a used hot rod there’s no better time than the present. With a wide range of styles and engines to choose from, you’ll be able to find something you really love somewhere in the used vehicle lot nearest you.

Want a powerful, modern performance car to cruise down the street without breaking the bank? Here’s a look at some of the best-used muscle car models from the past decade or so, any and all of which are great options to satisfy that craving to burn some rubber.

Those in search of a smooth ride with a scrappy performance engine should have no trouble with the 2008 Chevy Cobalt SS, a super sporty turbo that hit the market right as gas prices hovered around $4/gallon. That means this sleek and smooth coupe – with its turbocharged, 2.0L Ecotec engine – can pump out an astounding 22 mpg city and 30 mpg highway, all while delivering up to 260 horsepower and 260 lb.-ft. of torque. With so much power condensed in such an efficient engine, the Cobalt SS is ready to ride the long haul without continually stopping at the pump. Although the Cobalt’s original MSRP started at $22,995, you can likely find one for around $8,000 today at a local Chevy dealer according to kbb.com. 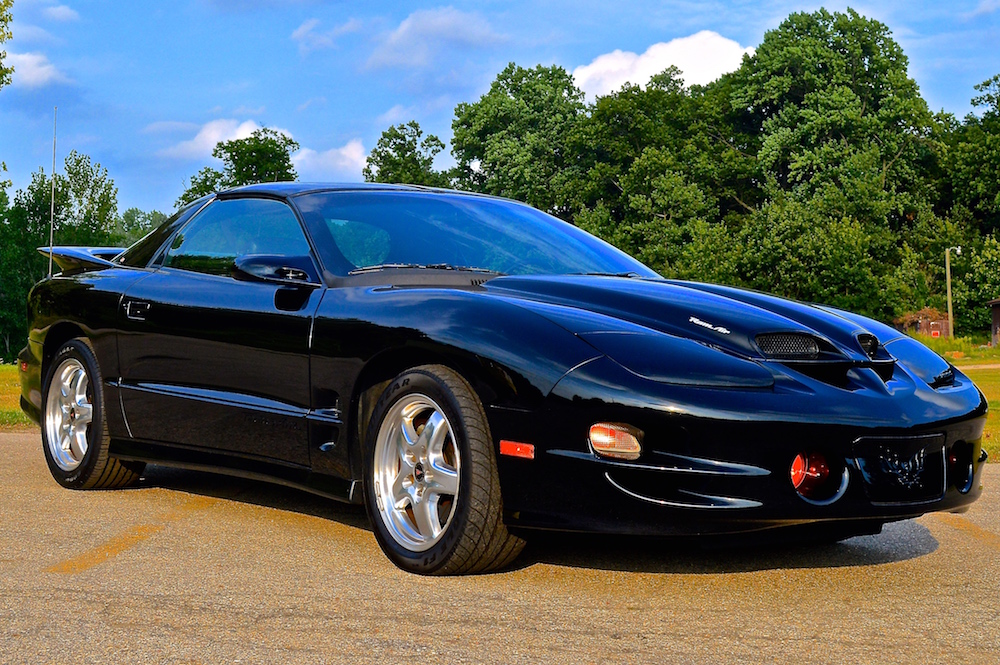 The Pontiac Trans Am is a classic model, evoking all the imagery of the muscle car along with the performance to skyrocket it to the top of many “best of” lists. 2002 spelled the end for the Trans Am, as it was the last time this designation would be used on any Firebird or other Pontiac model – and boy, did it go out with a bang?! Pushing out an incredible 310 horsepower and 340 lb.-ft. of torque, the impressive 5.7L V8 engine could bring serious performance power to the table, and at 20 mpg combined, it did it without the characteristic gas-guzzling of a muscle car. Originally priced at $27,895 for the coupe or $31,965 for the convertible, this final Firebird can now be found for around $10,000 from dealers and private sellers near you.

In 2003, when Dodge decided to retool its Neon model to something more sporty, they let the in-house Street and Racing Technology (SRT) group turbocharge it – and the results were fantastic, and a little bit surprising. The newly-created Neon SRT-4 boasted a high-performance engine and sporty handling to rival other performance cars, and in 2004 the Neon SRT-4 received even further upgrades to its already powerful engine for even more power. This 230 horsepower 2.4L turbocharged four-cylinder powers through 250 lb.-ft. of torque and can hit a top speed of 153 miles per hour. Plus, with an impressive 22 mpg city and 30 mpg highway, the SRT-4 delivers for miles and miles without needing to stop. Starting at an MSRP of $20,995 back in 2004, the Neon SRT-4 can be now be yours for around $5,000 at a dealer or from a private seller near you. 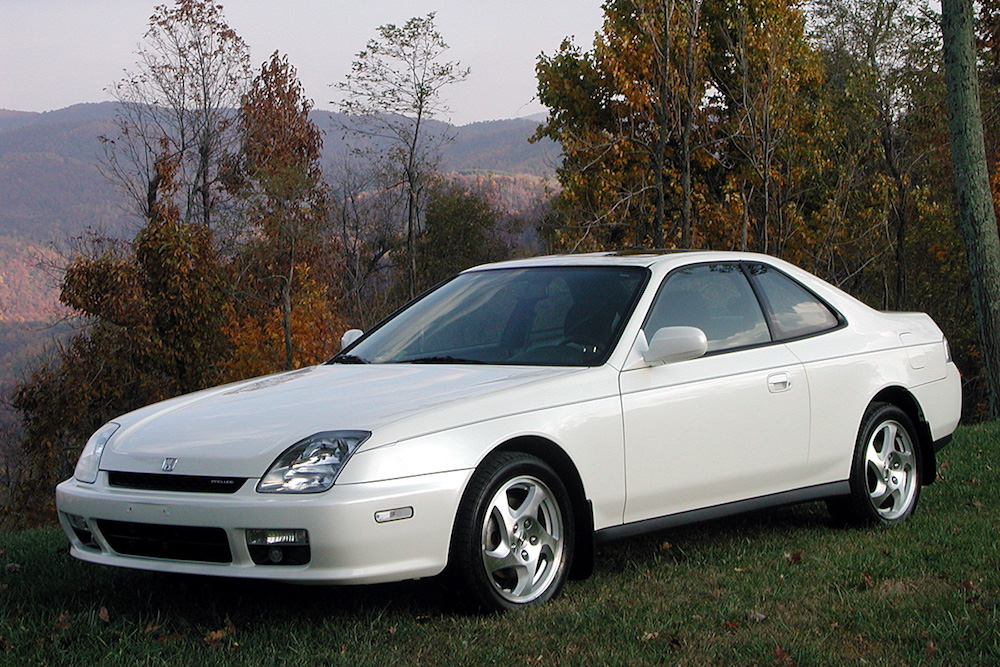 The 2001 Honda Prelude hearkens back to an era of Honda vehicles that, in retrospect, seems quite different from today’s. These models packed serious power under the hood, and the Prelude was no exception, with its 2.2L four-cylinder engine capable of producing 195 horsepower and 156 lb.-ft. of torque at an efficient 20 mpg city and 25 mpg highway, or 22 mpg combined. Comfortable sport handling gives the Prelude an excellent feel on the road, while firm brakes and a manual five-speed transmission give the driver total control in any high-performance situation. Although originally priced at $23,600, you can likely find this Honda hanging around somewhere for around $5,000 today.

Truly built to be a track-ready racer, the 2002 Chevy Camaro Z28 is in a class of its own among used models. Featuring an amazing 5.7L V8 engine and a six-speed manual transmission, this racer can push out an amazing 310 horsepower and a whopping 360 lb.-ft. of torque for total performance dominance. Plus, with an impressive fuel efficiency of 17 mpg city and 23 mpg highway, you won’t feel the pinch in your wallet quite as badly as some other models when you’re rounding the final curve on the track. Originally sold for $22,495 for the coupe or $29,590 for the convertible, this impressive performance model can be yours for around $5,500 today, according to kbb.com. 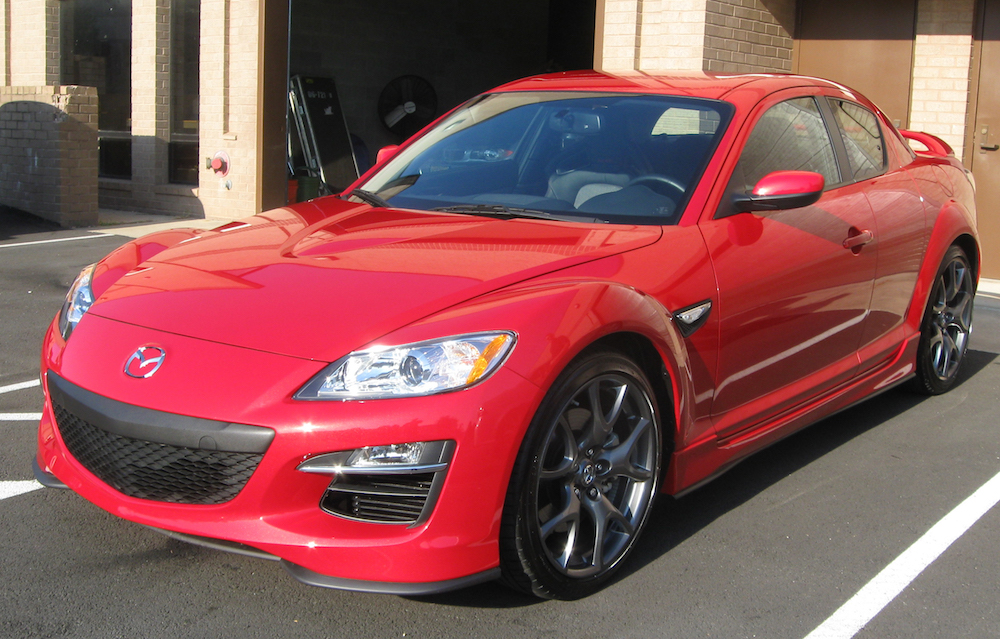 Few brands are as known for their sporty performance and excellent handling like Mazda. With popular coupes lineups spanning decades and impressing millions of enthusiasts worldwide, Mazda certainly knows how to make a sporty performance model for the modern man – and few exemplify this more than the 2005 Mazda RX-8. Built to take on daily driving with class and sophistication that can only be found in a high-performance model, the RX-8 brought with it a 1.3L rotary engine capable of a respectable 197 horsepower and 164 lb.-ft. of torque on a manual six-speed transmission. And, with an enviable 18 mpg city and 24 mpg highway fuel economy, this impressive power coupe is efficient enough to go the long haul without tiring out. Set an an MSRP of $25,375, the 2005 RX-8 can be yours today for just around $4,500. 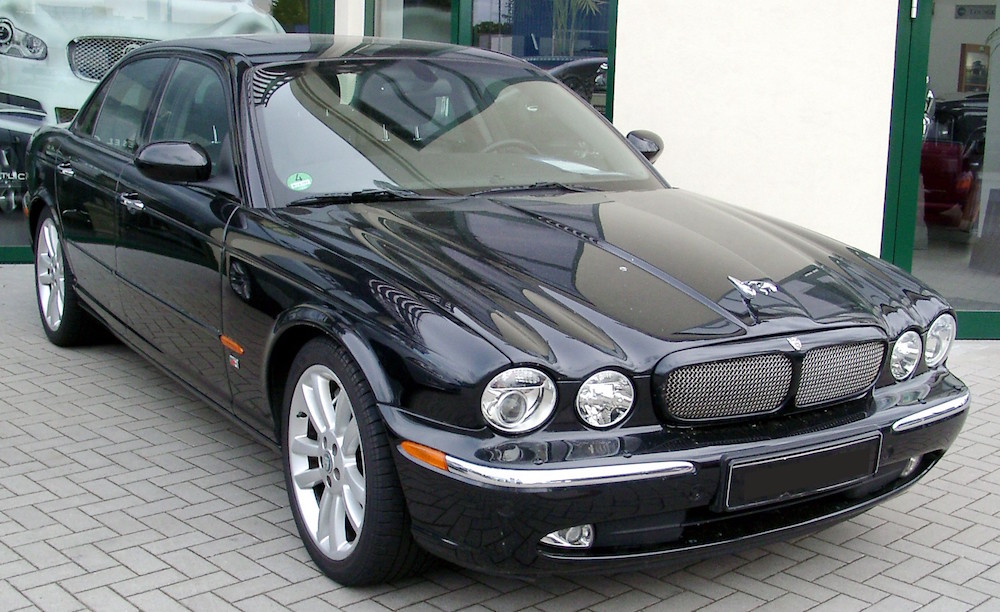 For those looking to find a bargain on an excellent, high-end, luxury model with all the power you could ever need, there’s simply no model more appropriate than the 2008 Jaguar XJR. A true feat of engineering and Jaguar’s then-pinnacle of innovation, the 2008 XRJ features the characteristic long, low profile of a luxury vehicle and the amenity-rich interior you’d expect from a Jaguar. To top it all off, this powerful sedan comes with an impressive supercharged 4.2L V8 engine capable of a jaw-dropping 400 horsepower and 413 lb.-ft. of torque to conquer just about anything you throw at it. Although the fuel economy sits firmly at 18 mpg combined, this Jaguar is undeniably an unbeatable deal. Priced at an MSRP of a whopping $95,000, this vehicle was the toy for heads of state and princes worldwide at its release – but can be yours for just under $20,000 now – an amazing deal for such an incredible luxury performance model.

Whatever your reason may be, there’s simply no better feeling than the road rushing by under your feet as the hum of a powerful engine leads you onward to a new adventure. But even for those drivers who don’t have millions to spend on luxury vehicles, there are plenty of options from years not too far gone that can be yours for a bargain, which provide all the sporty handling and engine prowess you need to scratch that performance itch. Check one out near you today and see what’s out there waiting for you now – you definitely won’t regret it.