There have been many iconic moments in Chevrolet’s 103-year history, but which of these moments stands out as the most memorable? Well, let’s just say that determining that is next to impossible, so we instead established a list of the most important moments in the brand’s history.

Whether it was the legendary race between the Chevrolet brothers or the release of a popular electric vehicle, Chevy has consistently found a way to stay relevant. Before you head down to your local Chevy dealers in Cincinnati, Ohio, see why Chevrolet has been able to extend their success for more than a century… In 1907, William Durant, the founder of General Motors, was seeking a personal chauffeur. As legend tells it, two brothers, Arthur and Louis Chevrolet, decided to compete for the position. The Chevrolets aspired to be racecar designers, and the opportunity to rub elbows with an automotive executive was too much to pass up! Louis had already had a brief encounter with Durant, having been hired to drive Buicks in promotional races back in the early 1900s.

The brothers raced each other to determine who got the job, and Louis’ reckless endangerment and general disregard for his own safety led to an easy victory. However, the purpose of the chauffeur position was to get Mr. Durant around safely, so the millionaire made the intelligent decision and selected the safer driver, Arthur.

The recognition was all Louis needed, however. In 1911, he teamed up with Durant and investment partners William Little and Dr. Edwin R. Campbell to co-found the Chevrolet Motor Company in Detroit, Michigan. For the first few years, Louis seemed to be in complete control. He oversaw the design of the first Chevy, the Series C Classic Six, and he was also around when the company introduced their familiar bowtie emblem.

However, things soon soured between Chevrolet and Durant, as the duo disagreed over various designs for their upcoming vehicles. In 1914, Louis sold his share of the company to Durant, and his tenure with the company was effectively over. Meanwhile, Durant became president of General Motors (after he had previously been ousted in 1910), and Chevy soon merged with GM as a separate division. Chevy frequently used V8 engines in their vehicles, with the unit originally being used in the 1918 Series D model. In 1955, the company decided to revamp the design, engineering an engine that focused on performance. They placed their new small block V8 in the 1955 Corvette, and the rest is history. Since then, more than 90 million of the engines have been produced (through 2004). While all of the GM divisions (Buick, Cadillac, Oldsmobile) produced their own V8s, it was Chevy’s engine that soon became the standard of General Motors.

The engine particularly appealed to stock car racers, who coined the motor “Mighty Mouse.” The engine slowly grew over time. Starting as a 4.3-liter engine, it grew to 4.6 liters in 1957, and the optional Rochester mechanical fuel injection made the engine the first to produce one horsepower per cubic inch. An even more impressive 5.4-liter followed (capable of producing 375 horsepower).

Finally, the 5.7-liter engine that has become synonymous with “small-block” motors was released by Chevy. This engine was featured in sports cars, station wagons, commercial vehicles, and even boats. It’s generally regarded as the most popular small-block engine of all-time. Incredibly, the engine is still produced today by General Motors, although it hasn’t been offered in new GM vehicles since 2003. This Chevy advertising campaign could be seen throughout the 1990s (it effectively ended in 2004), and it quickly became one of the car industry’s best-known slogans (and jingles). The company used singer Bob Seger’s 1986 hit “Like a Rock,” and the tune quickly became synonymous with Chevy trucks. The Americana feel, including shots of farmers, firefighters and veterans, also helped reinforce that Chevy was an American brand.

The idea originated from the company’s desire to advertise the durability and brute strength of their trucks. They decided they wanted a “meaningful, emotional” twist to the commercials, and they ultimately came across the Seger song.

“I thought ‘Like a Rock’ was over the moon,” Chevy general manager Ritter said (via Julie Halpert of AdAge.com). “It captured the physicality of the truck,” the independence of the truck buyer and the vehicle’s durability. The campaign tested well among focus groups.

Interestingly enough, despite the fact that the song quickly became iconic, Seger and his band didn’t perform the hit for nearly 30 years. Why retire such a popular tune? Seger only wanted to perform the song with the right combination of band members, and that finally happened at a 2013 concert in Detroit.

“We haven’t done it for 27 years, so it’s like a new song for us live,” he said. “You know, it’s so great; it’s kind of like when (band mate) Alto (Reed) plays the sax on ‘Turn the Page.’ Once people recognize the song we’re playing, it starts out really really quiet. And once I sing the first line it gets a big response, so it’s a lot of fun.”

In late 2010, GM started production of their plug-in electric vehicle, the Chevrolet Volt. Beside the obvious impact on the automotive industry (which we’ll get to in a moment), the release of the car had two immediate effects on the brand. In their quest to devote plenty of time and manpower into developing an electric vehicle, Chevrolet opened the Argonne National Laboratory in Chicago, Illinois. Having an entire factory that will focus solely on alterative-powered cars is certainly a positive for the present and future of the company.

Furthermore, the Volt was an absolute hit, winning the 2012 North American Car of the Year, the European Car of the Year, and the World Green Car of the Year. In fact, the company’s financial issues of the late 2000’s were seemingly resolved by the time the Volt was released. We can’t give the electric vehicle all of the credit for the turnaround, but we’re convinced that it’s more than just a coincidence.

Regarded as the best-selling plug-in electric car in the country, the Volt operates entirely on an electric battery (until, of course, it’s determined that the charge isn’t sufficient, in which case it switches to the alternative combustion engine). The second generation Volt was introduced earlier this year at the North American International Auto Show. The improved battery and drivetrain resulted in some impressive specs, including a 42 mile per gallon fuel economy.

Perhaps the most impressive aspect of the second generation Volt are the customer-requested changes. Having produced the best selling electric vehicle on the market, Chevrolet could have easily been passive and disregarded any feedback. Instead, they listened to their fans.

“Clearly, the Volt team paid lots of attention to customer (and journalistic) feedback,” wrote Arthur St. Antoine of AutomobileMag.com. “The new Volt addresses every one of our original criticisms — and succeeds on almost every front.” 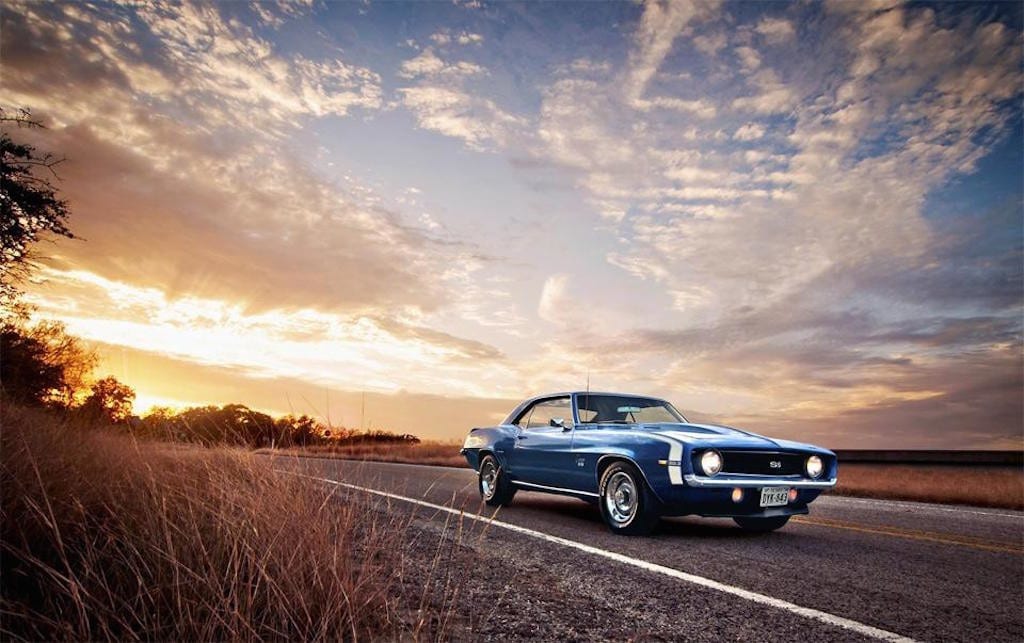 What did we tell you? It was difficult to determine a list of the four-most iconic moments in the brand’s history, and we know it’s virtually impossible to choose just one! Regardless, we can certainly appreciate the dedication the company has put forth in the past 100-plus years.